The Slow Path of Learning

Sometimes I feel like I'm making this little adventure harder for myself by figuring it all out on my own. A few books here and there, but I haven't been very active about actually taking to people and asking questions. So sometimes, simple things happen and I think "wow, I'm really stupid" and I have to remember that maybe actually that's just part of learning, and it takes time, but each time I think I'm stupid, it means I've just made that tiny bit of progress.
Today's case in point is actually pretty exciting. Remember way back when I hinted at a new battery? I've been testing the power out to charge laptops since then, but didn't have a way to hook up my 60W cells to it - the input on the battery is an Anderson connector which is fairly common, but searching for info on it mostly just brings up connectors and cables for sale.
I'd bought a cable to fit about a month ago, but it seemed like it was the wrong one - lining up the reds and blacks, it seemed I needed a female connector instead maybe. But nobody sold converters, like you might find with media cables. HOW ODD. I figured solar people just made their own cables.
I ordered a separate DC-to-Anderson cable from the company I got the battery from, and they've been delayed and delayed due to coronavirus, apparently.
With the Sun out so much, I was afraid the new cable would arrive just as summer turned into storms. I woke up today figuring it was only wiring, that I could just strip the cable I had and re-crimp it somehow. Or order a new connector. I should definitely be able to make my own cables.
Then I was browsing connectors and realised THERE ARE NO MALE/FEMALE CONNECTORS, they just flip over to pair up. Oh damn, I feel stupid. Part one.
Giving this a go, this was true - the connectors connected, but the reds and blacks were all wrong. I tested DC polarity coming from the panel instead of just plugging it in to see if it works (I'm glad I read that multimeter book now). Yup, not what I need. Maybe I could pull the connector apart and rewire it?
IT TURNS OUT ANDERSON CONNECTORS COME APART. I feel stupid again. Part two. 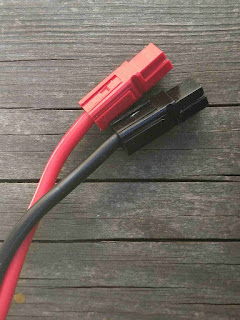 Look at that. How clever. Cleverer than me, possibly. They just slide right off each other and slot back together again, like a toy.
So switch them over, hook them up, and woop, 18-20W being registered on the battery. 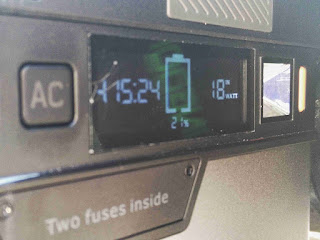 The moral of the story is not to worry, whatever you're learning to do. It feels like information and forums are so ubiquitous, and that there are so many knowledgable people in the world right now. That's a lot of pressure to "know things straight away".
Yet you can't jump ahead. Learning takes time, and experimenting, and a bit of reading, and some talking and asking and bluffing, and lots and lots of sleep.
If you're really interested in what your doing, then you'll know you're in it for many years - a lifetime, even. If something takes a few months to figure out, then that's nothing.
There's always a Grand Scheme of Things to be in. 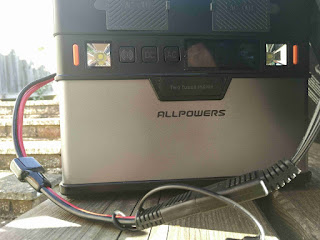 Posted by Scribe at 8:32 am No comments:

Jaimie gives a little tour of his islands:

However, what I really like about this is not what Jaimie directly gets up to on video, but the way his attitude mirrors mine. Leave the house, check on the growing things, clear the weeds, take in the sounds of nature: These can all be done on an island scale, on a garden scale, or even within a room, if you're in the right mindset. What is this mindset? How can it be summed up? I think it comes down to a handful of values:
Perhaps this is all we need.
And maybe I should do a little garden video?
Posted by Scribe at 10:00 pm No comments:

All the windows run off battery power 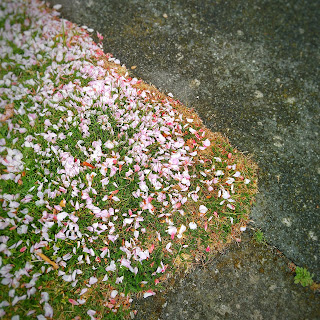 Strange solarpunk/indieweb interaction side-effects: Turns out a lot of device syncing software  is background-based, and can often turn itself off until the device is in 'full battery' mode.

So if you're used to running in Battery Saver mode like me, adding in a 'sync window' when you're chanrging up needs to go on the list, alongside the existing 'backup window' and 'software upgrade window'.

(tech note: Trying out syncthing currently, amongst many others.)

Been non-stop sunshine recently. So guess which day the cable arrives to charge up the new battery, of course... 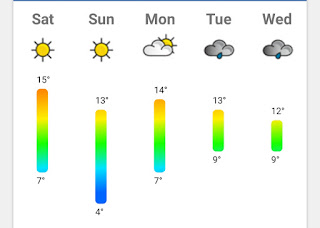 ICYMI, I'm now sending out a weekly link round-up over at new site Beamspun, to keep it separate from my general ongoing experiments.

Posted by Scribe at 9:32 pm No comments: