Bit bleak for sunshine the last few weeks, as if the dry summer has suddenly remembered what the British weather is supposed to be like, and has spent a while catching up. Fortunately my medium-grey battery survived its overnight spell in a mini-storm, otherwise I'd be looking pretty low on juice.

As it is, and with life being pretty busy right now, I've reverted to 'the old ways' a fair bit. Phone's still good but my reader device lies fallow and I'm reading a lot of physical books currently. I've gone back to mains for the laptop though - just not enough opportunity at the moment to charge up the big travel battery.

But - as we approach the midpoint between equinox and solstice, it's a good time of year to take stock, start storing energy for the winter, and cut things back ready for the dark days. Some simple things you can do around this time are: 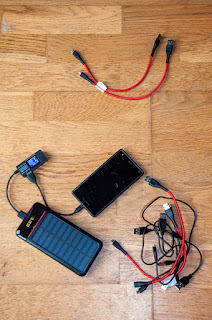 It's a beautiful time of year - every time I go outside there are yellow leaves carpeting the paths, and animals scurrying about looking to wrap up warm. The clouds are fast and bold here, riding on the chaotic winds belching out of the Atlantic.

Posted by Scribe at 8:07 am No comments: 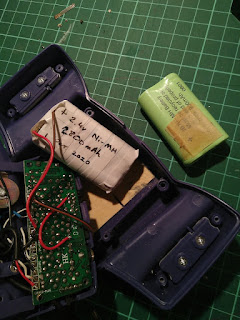 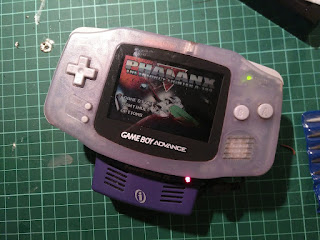 It's blowing in a mini-storm outside as I write this. Unexpected-but-expected, the yellow warning came into my phone after it had arrived. Horizontal rain for a while, looks like it'll be blustery through til morning. Usually I'd bring my panel and battery in for this sort of weather but... Well, we'll see in the morning I guess.

Today's win has been a battery replacement on a 20-year-old rechargeable battery/speaker/rumble pack for the original Nintendo Gameboy Advance. I have a strange urgency to make this device work after seeing them on eBay, but the first one I got only half-works and the second one came with a leaked battery. The packet was sealed, so it's just what time and chemicals do when they dance, I guess.

But I didn't want to give up. I mean, come on, a Gameboy with a rumble feature? What's not to love? I could easily have stuffed 2 huge rechargeable AAs into the main GBA case, but it was a good opportunity to learn about replacing old batteries and giving new life to past tech. A few easy screws held the case shut, and the 2 battery packs were stuck down with old glue.

After checking the current type (written on the side, fortunately), I ordered in some Ni-MH batteries to replace like-for-like. Then I learned rapidly that soldering onto batteries is actually pretty tricky - they're slippery and prone to exploding of they get to hot, apparently, so I didn't want to risk holding my cheap iron on them for too long.

Two batteries gave the correct voltage, and electrical tape held them together, and eventually I got some success, and could merrily play Super Mario Land for a good while, vibration feature responding to thumps in the audio as I jumped down pipes and over bullets.

It's not perfect - the solder has come loose again, so I want to use some salvaged metal plates and... more electrical tape. But it proves it works, and breathes a bit back into decent components.

Revive the old, cos there's plenty of it out there just waiting to be enjoyed still.
Posted by Scribe at 10:36 pm No comments: 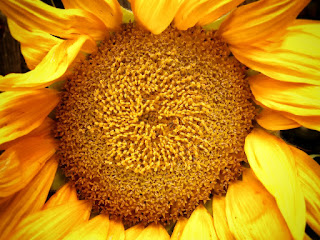 "Last day of summer" people keep saying. I'm not convinced. It's more like summer and autumn are tussling, a gargantuan back-and-forth in the skies surrounding our tiny island. Brown leaves whip around a pure white feather. Early evenings. The courgette flowers in the veg patch are having one last party, misshapen vegetables springing out under the broad, strong foliage put out in summer.

The days are changeable, tripping between horizontal downpours and chilled sunlight perfect for grazing. It's not too bad for solar harvesting, except I'm keeping an eye on the forecast - as the daylight hours get shorter and the shadows stretch out, it's useful to get as much of the rays as I can. I'm putting out all three sets of panels when the sun's good, and I'm reminded of the hundred rabbits recent account of sailing from Japan to Canada, and the extent to which they put their sail up and down. Panels harvesting the sun. Sails harvesting the wind. Is there a pattern that can be extrapolated there?

Anyway, I'm not leaving my panels out overnight currently, partly as the smaller ones are trickier to protect from the rain, partly I'm not too confident about leaving the big battery outside yet. Need to think through housing structures still. But for now, it means I get to walk up and down the garden, and can just about carry everything in one trip. I get to see the weeds growing and heck the last of the tomatoes and remind myself how it all works and twists at this time of year.

The evenings are darker though, and there's not much chance to go out, so it's tempting to sit inside and go through my backlog of games. Sadly that uses up more energy if I'm in the laptop, so I feel I'm still some way from actually running games off the solarpunk ideals yet.

Winter is coming, and our retreat to the brightness of screens feels strangely out of place, even though we all naturally crave a light in the dark.

Heavy Data: A Tale of Caution

A hard drive weighs the same no matter if it's empty of full. Unlike paper archives, a lifetime's worth of files can still fit in the same pocket as the day the drive, memory stick or CD was bought. It's this joyful conversion of information and data into magnetic states and electro-light that enables us to live in a hyperreal landscape, connected at the brains via invisible, full-speed tendrils.

Yet I want to coin a phrase for the solarpunk era: "Heavy Data".

I mean, everyone's heard of Big Data which sounds just as weird - big in terms of its plateau-sized server farms, perhaps, but ultimately its definition comes down to data which is larger than we can comprehend and process manually. Bigger than human.

Heavy data is similar, except in a different dimension. Heavy data has technical perspectives - in particular, in modern computing, more data requires more energy to keep indexed, more to synchronise, more to back-up. (This is something I'm feeling particularly as I write this, and my big battery is rapidly running out with the time it's taken to attempt a back-up, run out of space, delete some stuff, and try again.) Hitting real-world energy limits just because you have a large energy footprint is not desirable.

But then there's also the mental aspect. Where Big Data was bigger than human, Heavy Data is what slows you down as a person. Data that takes up too much cognitive space in your head because you need to remember what you have, what you've seen already, what needs sorting out. It can be short term like incoming RSS feeds. It can be long term, like all that music you've stored up - or even that's just available to you as a subscription service. It can 'live' and dynamic, like all those social media outlets you dig through on a daily basis. All taking up head space. All stopping you from moving on.

I write this with a keen sense of guilt, in recognition of the gigabytes of data sitting around on too many hard drives. An itchy corner of my brain wants to delete it all, start again. Yet every kilobyte ties in with some part of me, my hard drive is a museum of myself and to remove parts seems to remove either a memory of the past, or a dream for the future. My ambitions and my legacy, stored in a space that fits into my pocket.

Years ago, I played around with the idea of keeping everything - or notes, at least - on a small USB stick. I opted for a smaller capacity laptop, hoping it would force me to get rid of the stuff I didn't want. Technology is cheap though - it's too easy to just upgrade the USB stick, or find some network storage. The approach needs to be more rigourous and deep-rooted than that: a curation of content, in alignment with a chiselling and sculpturing of one's own self. The careful sifting of thoughts that occurs in meditation or ritual, for example, matched by the constant pruning of the material on our screens.

But again, how to get there? How to undo the decades of fibrous consumption piped into my electronic surroundings? Maybe directory-by-directory, a disk analysis window as my constant guide? Stop taking backups, and pray/dance/sacrifice something for an electrical storm?

All I know right now is that this backup is taking far longer than it should and my battery is running out. All my batteries are running out.

Posted by Scribe at 8:58 pm No comments: